It was a day of double celebration, as Rotary Club of Victoria Garden City Commissioned a drive way at heritage home in Ikota, Lekki.

The highlight of the commission was the visit of the District Governor, Bola Oyebade, who was impressed by the initiative led by the orphanage home committee of the Rotary  Club of Victoria Garden City. 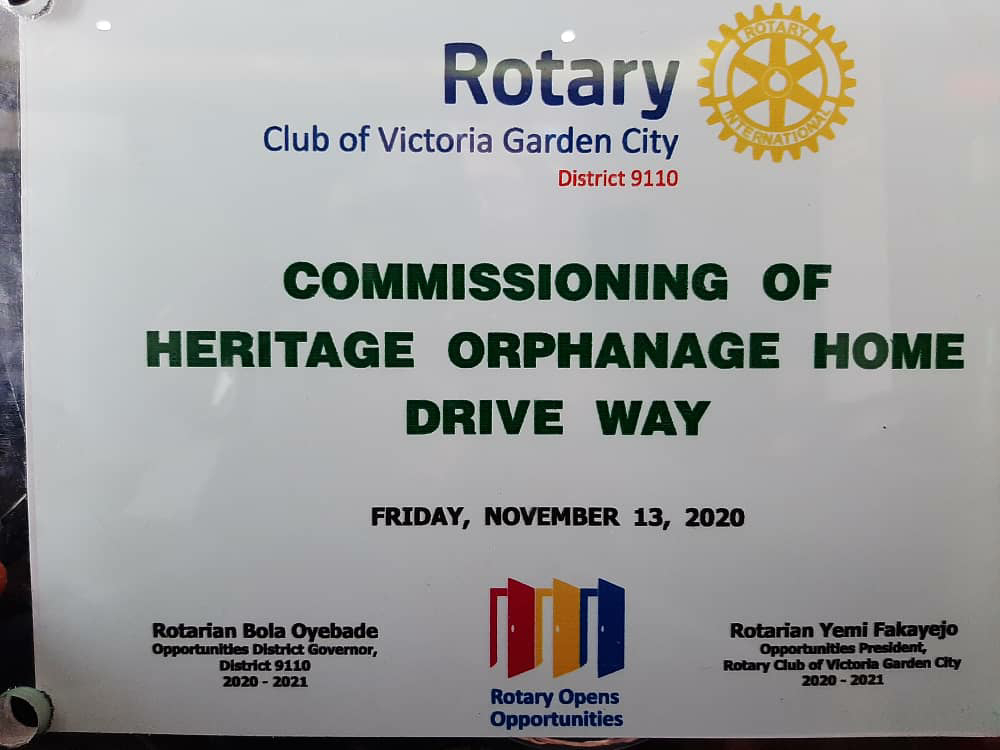 Bola Oyebade says what the members of the Rotary Club of VGC have done here today is peculiar and not so common, because normally when people visit orphange homes like heritage home, they give palliatives like food. But as you can see what they have done for them today is to partially build the compound because it gets flooded. 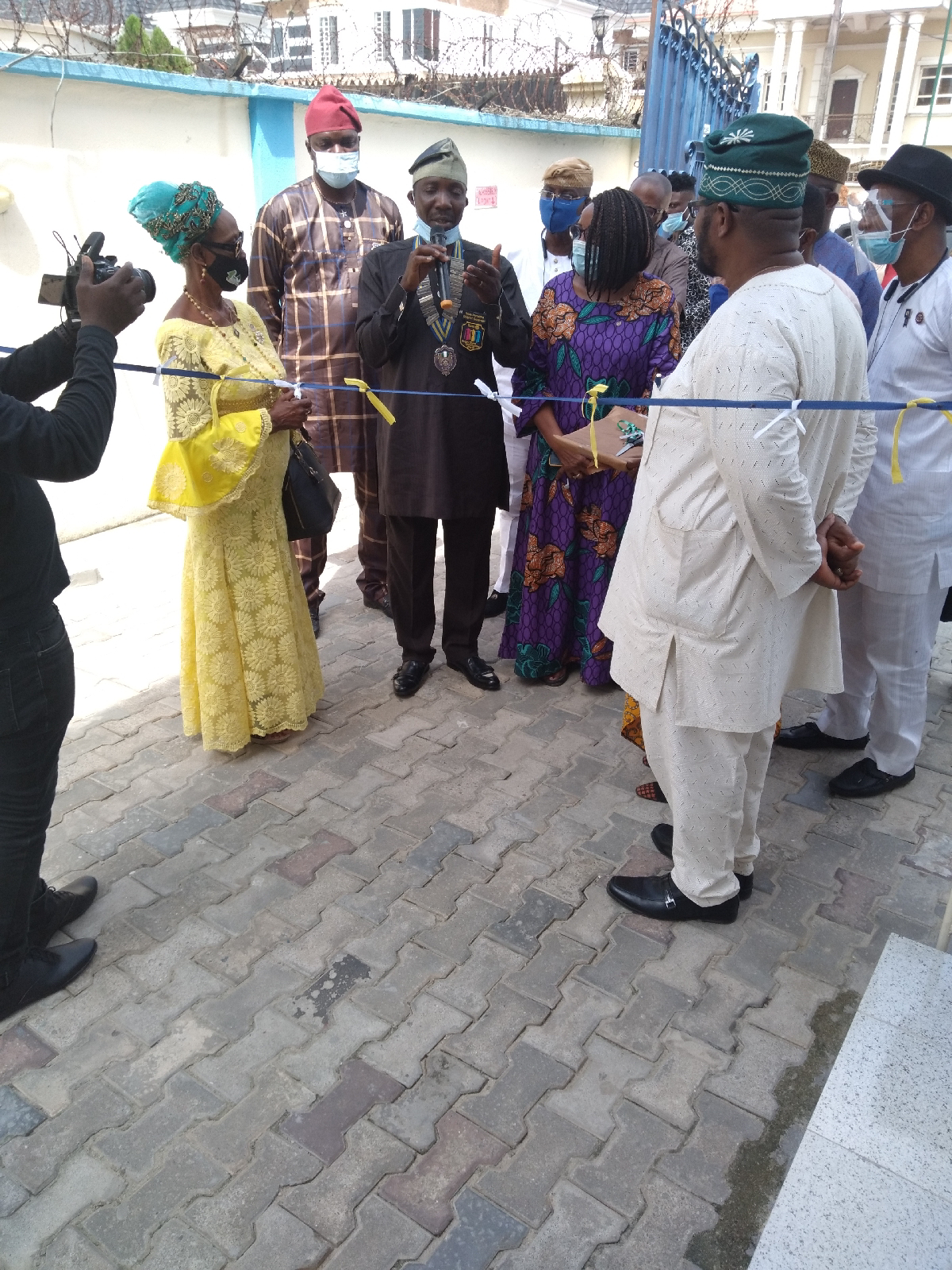 Oyebade also went on to say that one of the areas of Rotary Club is peace and conflict Resolution and we are trying our best to sensitize the public to restore peace. 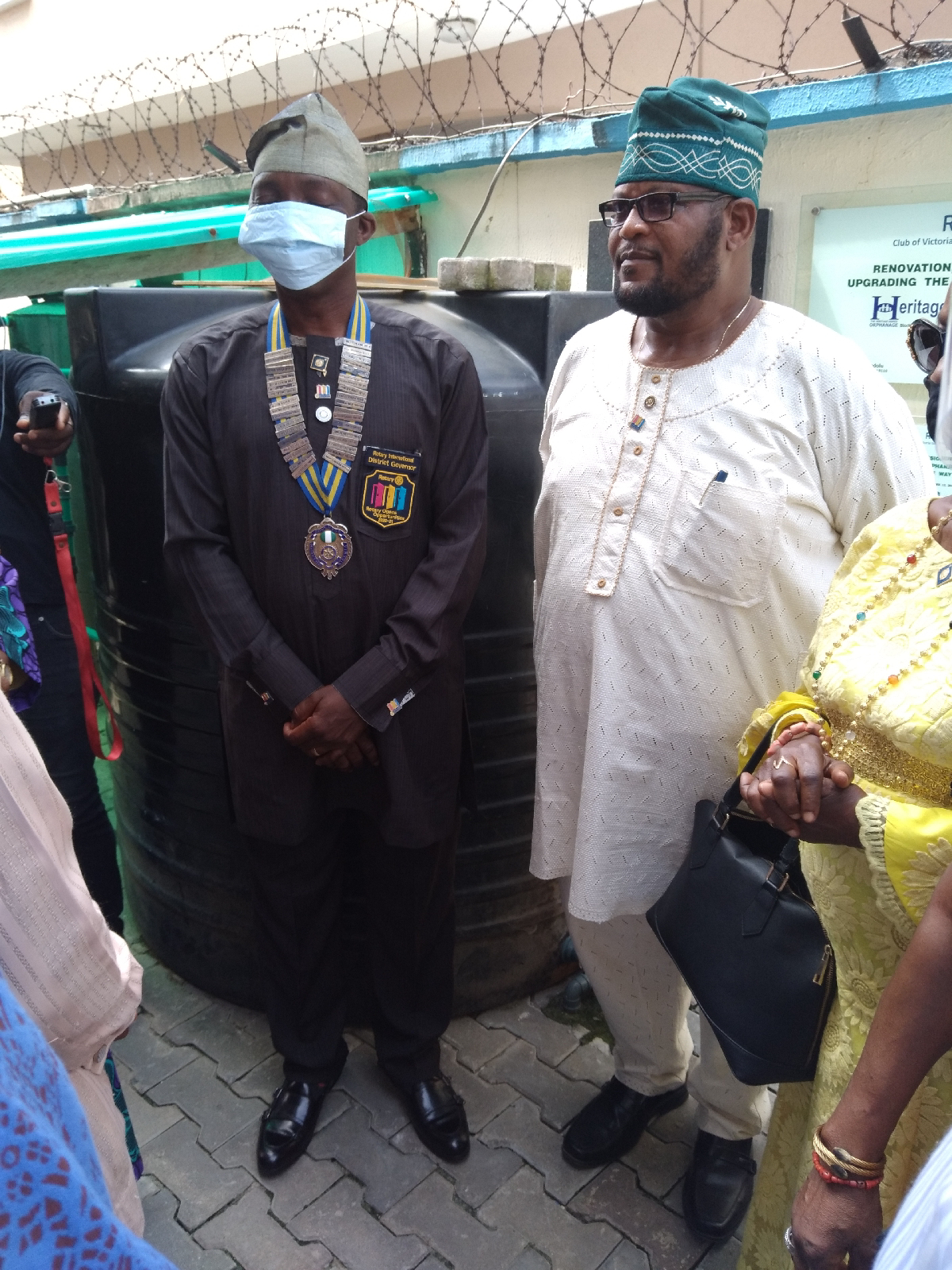 The President of Rotary Club of VGC, Barr. Adeyemi Fakayejo was in high spirit and spoke on the reason why they adopted the heritage home, despite going to various orphanage homes. Barr. Fakayejo pointed out the water project they did earlier. He also went on to say that before the water project last year, there was inadequate water at heritage home and they intend to monitor, as they have a list of 7 items on their list here at the orphanage that they need to execute one after the other, but they welcome donors that want to contribute.
Dr Eshohe Molokwu is the Chair of the ophange committee and the Past President of Rotary Club of VGC, and she led this cause today, which has put a lot of smiles on the faces of the heritage home. She spoke on the fact that when they got to heritage home, there were a lot of food stuffs and they asked them what do they want and they said that they want a drive way to be constructed. She said in this life you ask and you shall be given. 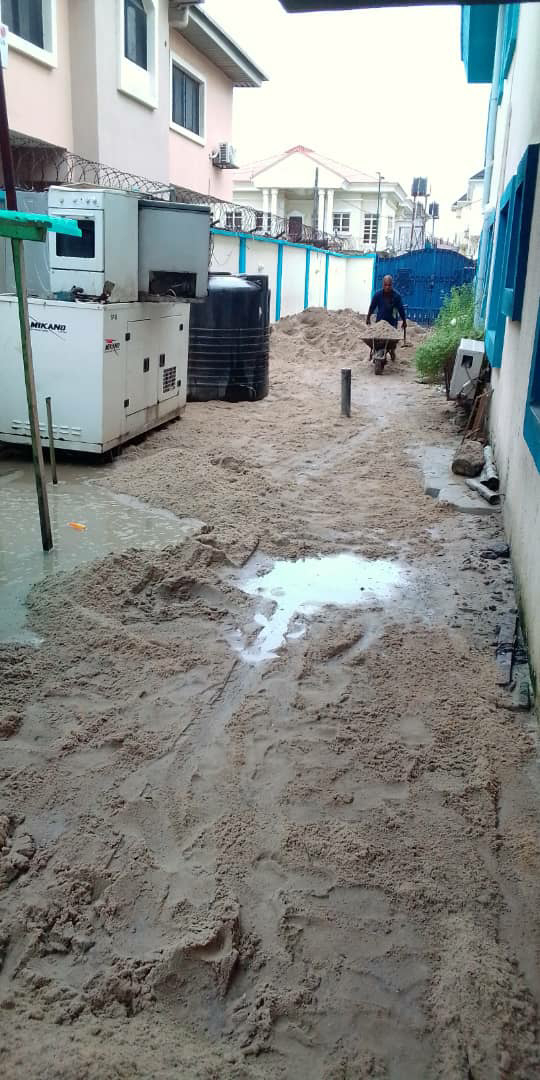 Women Connect Blog discovered how the drive way was before, it was certainly nothing close to what they commissioned today.
It was interesting to get to speak with the contractor that built the drive way,  Tony Eigbokhan, who is an architect and a Past President of Rotary Club of VGC. Tony Eigbokhan spoke on what prompted them to embark on the project, which was because on their first visit here, this present drive way was flooded and submerged and it wasn’t easy to walk through at all, but now the drive way has been completed and they are happy about what we can see here today. 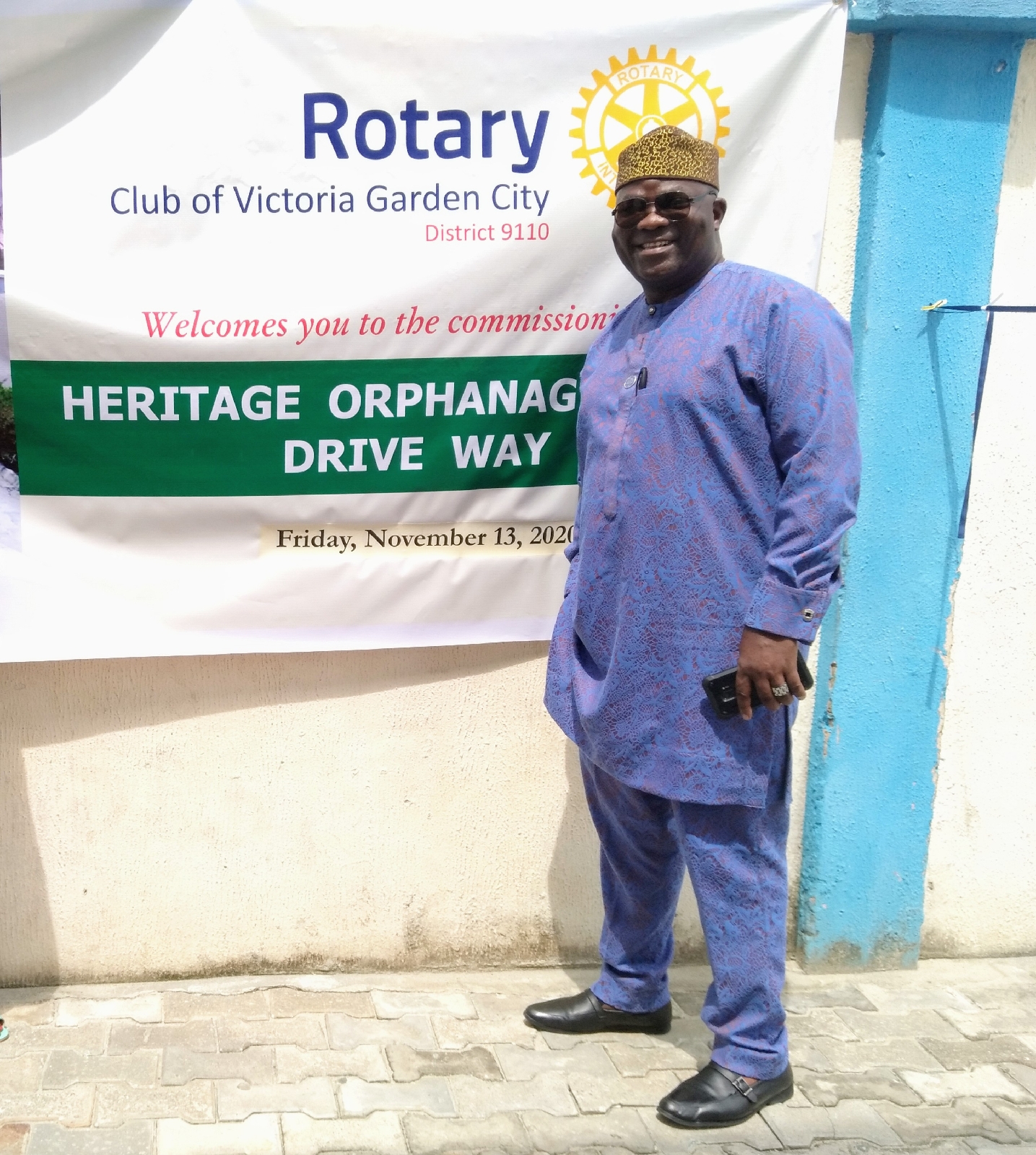 Rotarian Tunde Olaleye is a member of the planning committee of the District Governor’s Visit and the Vice Chairman of the Rotary Foundation and he spoke on the fact that when a President of Rotary Club comes in, he sets up a list of projects that he wants to achieve within a year. This projects could be short term, medium term or long term, but they look at the need for that project and that is why they embarked on constructing the drive way at the heritage home.
Follow on Instagram
Follow on twitter
Follow and like Facebook Page
Subscribe Women Connect Nigeria YouTube
0 Like
4 mins read
166 Views

Hon.Motunrayo Adijat Adeleye Oladapo is another Women Leader to watch out for