Supreme women, then titled  “Mothers of a Nation” was launched   at the National  Arts Theatre in Nov.1992. The record was so named  because of the  role of the then First lady, Dr.Mrs Maryam Babangida of  blessed memory, who not only  activated the dormamt  office of the first lady but also established the Women Development Centres ,aside other notable achievements.
Songs in the album produced by Jide Omidiran of Blackwell Entertainment  were  rendered by the  then very   popular upcoming artistes,  Yinka  Davies , Bola Abimbola, Mciver  and other equally talented artistes. These songs are now being  presented to the African Society after ,twenty eight(28) years to the glory of God and to the benefit of this generation and generations yet unborn. 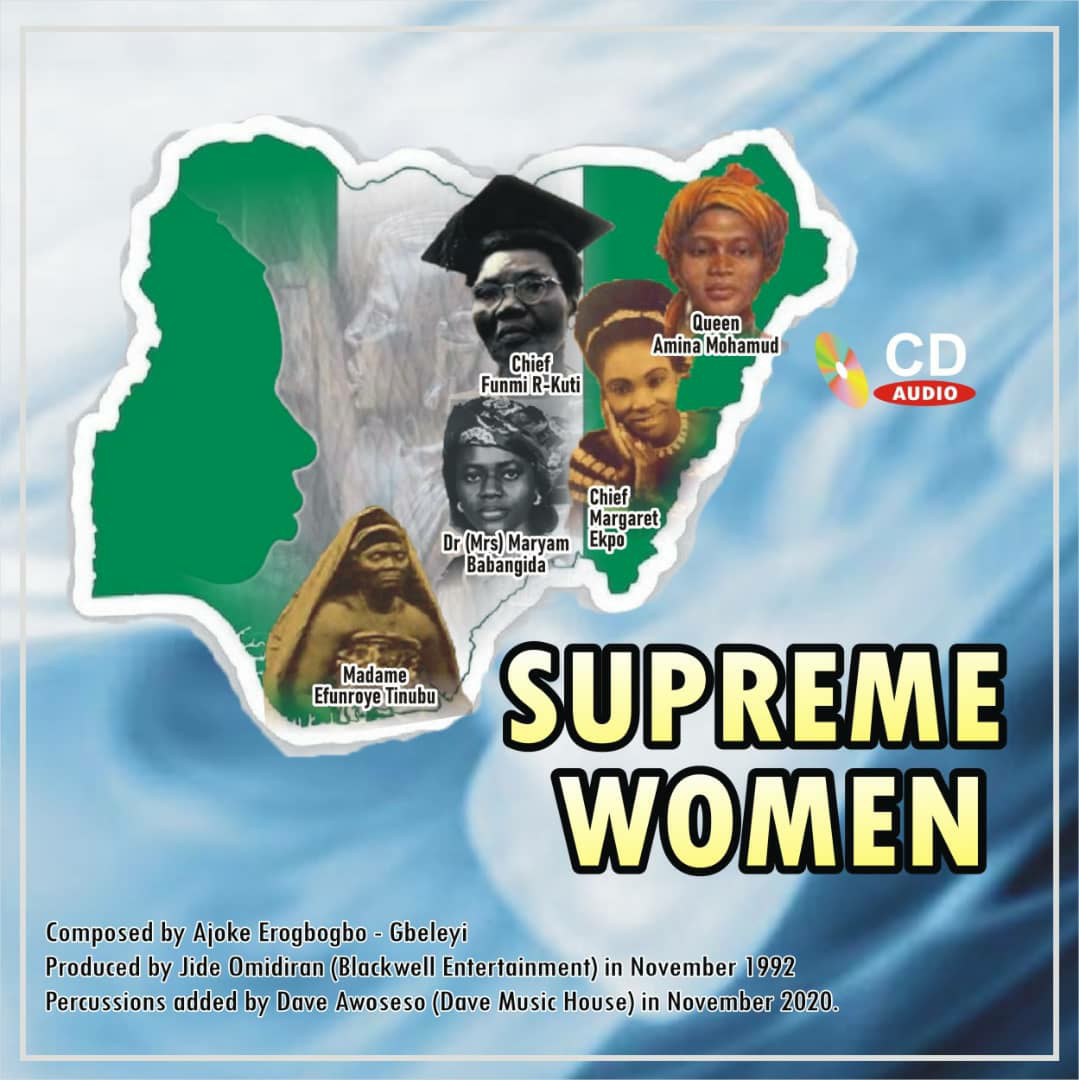 The relevance of the songs , particularly to the high  success  rate of women achievers especially in areas hitherto dominated by men, in the last twenty eight years and across all spheres of life ,spurred the composer of the songs, Mrs Ajoke Erogbogbo  -Gbeleyi, (a retired Director from the L/S Civil Service & the Founder of Focused Girls Moral Regeneration  Support Initiative ) to bring the songs back to the music scene in order to  establish the forthrightness, doggedness and unusual strength  of the African woman. She also appreciates the older ones for their inexhaustible roles and the encouragement given to the younger ones to not only emulate them but also to achieve greater heights.
It is hoped that the Society at large would appreciate  and respect the women folk more as they listen to the songs.
The  songs as listed below are solely on Mothers, Women & Girls: 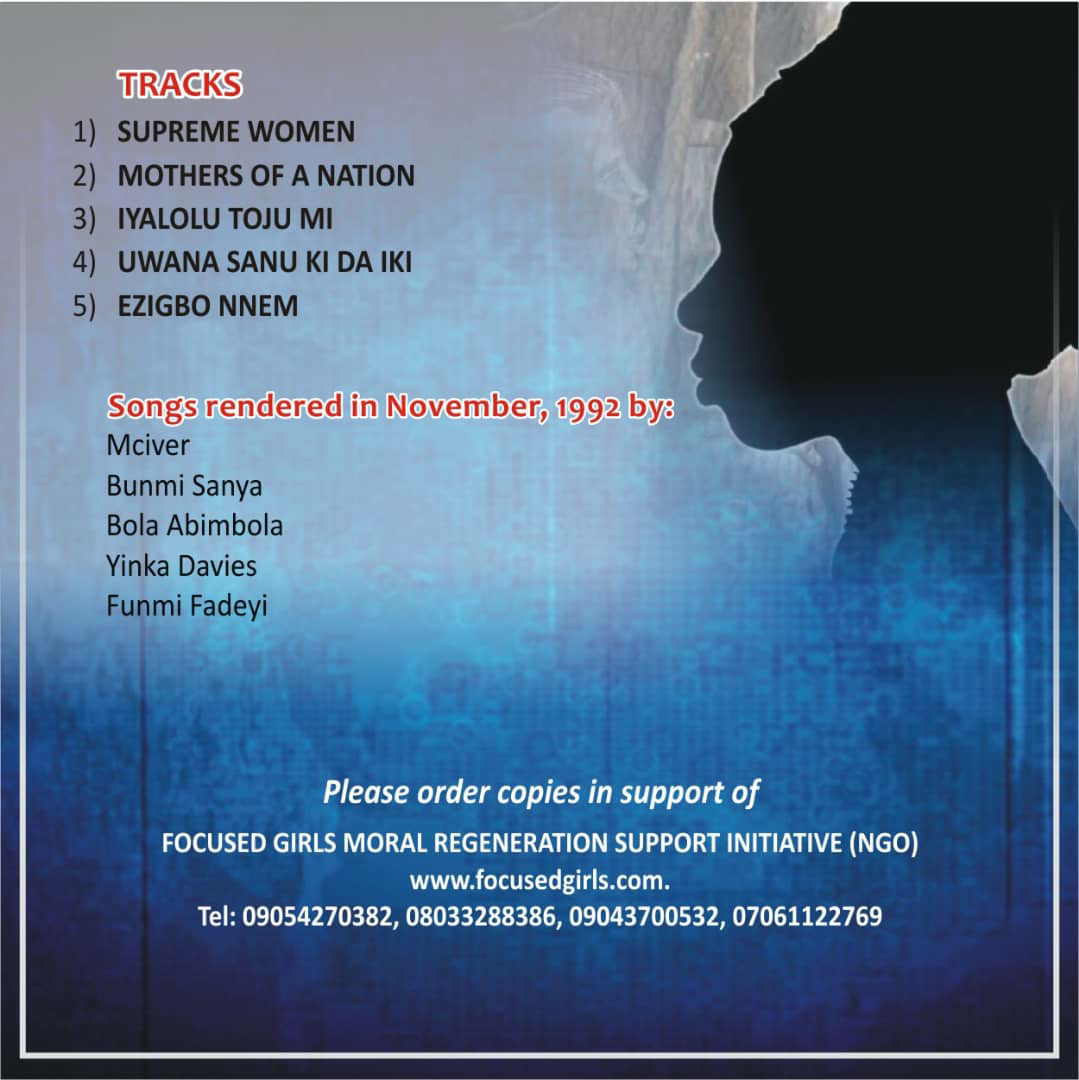 FIND OUT HOW RUKAYYAH BASHARI, CEO OF MODEST MUSLIMAH IS CHANGING THE GAME IN THE TRADITIONAL SPA INDUSTRY